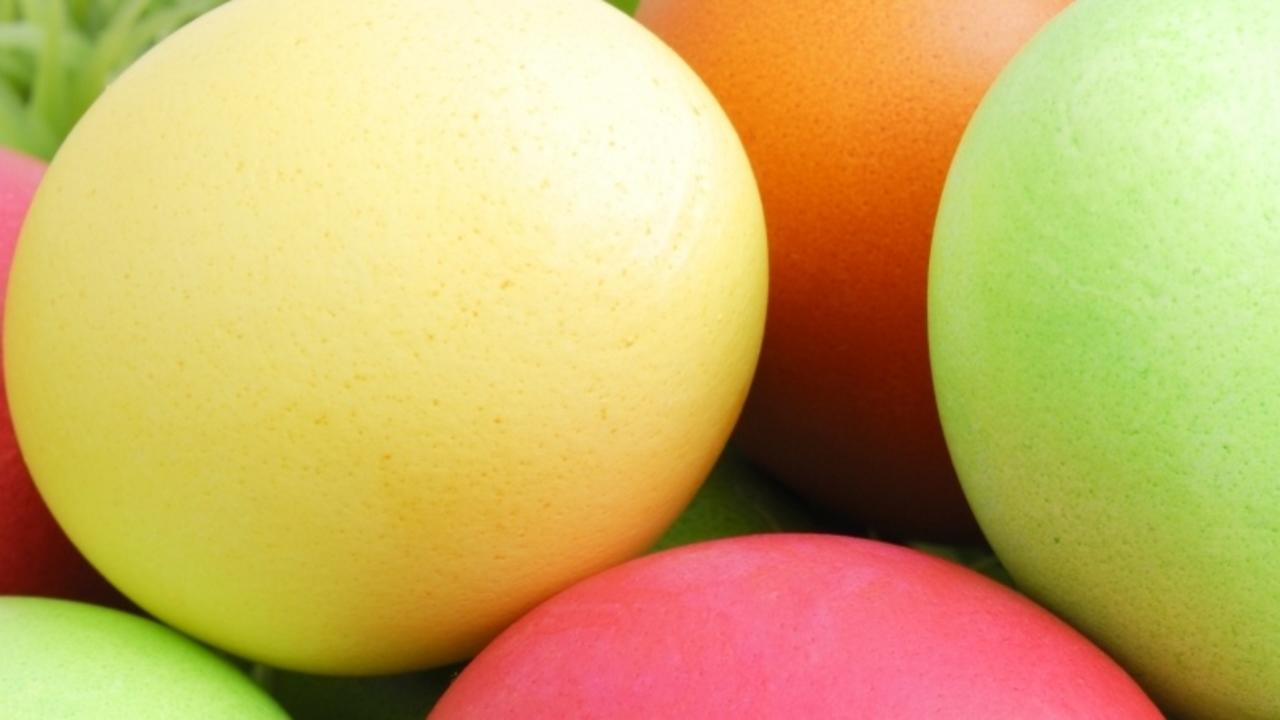 This was my text exchange with my Ex-husband Jim, a few days ago.

Easter snuck up on both of us and, because it’s my custodial weekend, I figured they would be with me at my mom’s house. Then it occured to me that he may want to see them. Oops! Here’s the thing I noticed though: I had no fear. I wasn’t worried that he was going to wave our divorce agreement in my face or tell me that my mother was dominating the holidays or that I should have asked him before I assumed the girls could be with their extended family. Because you see, we trust each other. After all these years, I can honestly say, we are both just consistently doing what’s best for the girls. He knows they love their aunts and uncles and their only little cousin, all of whom they don’t get to see very often. Why would he deprive them of that just to be right? He wouldn’t, and I know that.

So I mentioned to the girls that maybe they should do Easter breakfast with their dad and they thought that was a super fun idea and thus, the text.

I know I’m lucky. I’m not so Pollyanna to think this kind of relationship is possible everywhere out there. Many divorces have a narcissist and a pleaser involved and that little dance can be very frustrating and fruitless. I’m not asking you to be cozy with your abusive Ex, but if your Ex or soon-to-be former partner is at all reasonable as a person - as in, you know this to be true from years of experience but you just happen to be in a painful break-up right now - then I implore you to do as little damage as possible right now.

Truth be told, it’s not all luck. Yes, my ex is a good guy, but my divorce was painful, blindsiding, and in some ways humiliating. In one fell swoop I was dumped, lost my job, and lost my kids half the time. To say I was angry and shattered is the least of what the english language can express. But (for the most part – I had some low moments) I was an adult about it for my girls’ sake. So a lot of it was about taking the high road even when I wanted to indulge every snide remark that came to mind. Now that I am eight years down the road, I am soooo happy that I didn't.

At this point, Jim and I do Christmas morning together (yes, the first one was awkard) and then divide up Christmas Eve and the Day. It sounds confusing but it works. I don’t really foresee us having Easter and Thanksgivings together, but birthdays, recitals, graduations, etc. are mostly attended by both of us and now our respective partners too.

Our kids thank us profusely and often for getting along. They are old enough now that they have many friends in the same boat and can see the pain their friends go through when trying to negotiate things with their estranged parents. They are genuinely grateful that he and I can even be in the same room together!

I’m going to give credit where it belongs now...

I don’t often admit to being inspired by my mother when it comes to relationships, but I think it’s important to share this rare story:

When my parents divorced, I was 8 years old, the youngest of four children. Back then, being a future therapist whether I liked it or not, I saw how my parents were better off apart than together, and I was definitely the only one seeing it that way. I’m not saying that’s a good thing; it’s just often the youngest’s job to be the “peacekeeper.” It was very traumatic for my siblings. My dad was hurt, angry, and broken by the situation. My mom had had a long affair (I’m not outing anyone here; it was flagrant and confusing for all) and it was finally time to leave. It took another 11 years for that guy to actually marry her, but that’s a very different blog entry. This was in 1978 when women didn’t leave that often, so I get why it went on for so long. I went to live with my mom, my brothers stayed with my dad, and my sister, not quite an adult, went to live with her boyfriend. We had no formal custody arrangement. The family was really disjointed.

Here’s the rare and amazing thing:

We had our first separate Christmas in 1978. My brothers were fiercely protective of my dad and it was a sad, angry, separate mess. I’m not even sure my sister showed up.

After that, my mom begged my dad to be friends. She said it would be best for us to have holidays together; she would make it nice; and the other guy wouldn’t be there. She didn’t want to make us choose houses. And bless his heart, he gave in. And in that way, my dad inspired me too.

Not only did we have every Christmas, Easter, and Thanksgiving together, but even 11 years later when my mom did re-marry, she made sure it was clear that my dad was always welcome in her home and that it was non-negotiable that he would be there for holidays, graduations, birthdays and any family party. My parents became friends, they talked on the phone about us kids, my dad called her for advice about things, and it gets even more unusual:

My mom was only married for a couple years because he passed away.

A few years after that my mom married Richard. Richard was a wonderful gift to our family in my opinion. Even though I was an adult, I proudly called him my step-dad because he was so thoughtful and always there for me in anyway he could be. He too knew the “father of my children always welcome here” rule, and he welcomed my dad into his home with open arms.

My dad played a mean saxaphone; alto and tenor, thank you very much. Richard was a Juilliard graduate who played classical piano.

No lie... Christmas became those two playing carols for us!!! It was amazing. I was always so proud of that quirky part of my family gatherings.

In 2012, on Father’s Day, my dad sat beside Richard’s hospice bed and they had a good chat just two weeks before he passed. About 5 months later, my dad joined him and they probably started a band. They shared a lot of love for the same people, those two wonderful souls did. And I, for one, am glad they got to appreciate each other too.

And that’s where I learned that even if you fall out of love, you can still generously love the children you made together, and you can still be family.

So I guess you could say this is my 37th divorced Easter.  And it's all good.

My mom and dad with their 3rd grandchild - 34 years after their divorce. Easter 2012.

If you need a little help maintaining your sanity through your divorce, be sure to download this